Genesis Dragonoid, Original Dragonoid (オリジナルドラゴノイド, Orijinaru Doragonoido?), is one of the first two Bakugan created by Code Eve and the direct ancestor of Drago. He is the Blitz Dragonoid who battled his arch-enemy the Original Dharaknoid and banished Fury and the Nonets to the darkest depths of the Doom Dimension for their actions.

He is the great original Dragonoid and he created the original Vestroia. He is the ancestor of all Bakugan.

Dragonoid and Dharaknoid were the first two Bakugan ever created by Code Eve. As the original Bakugan, their power was so great that they caused the world to split. Dharaknoid's world became Neathia and Gundalia, and Dharak's direct descendant became Gundalia's Emperor Barodius' Bakugan. 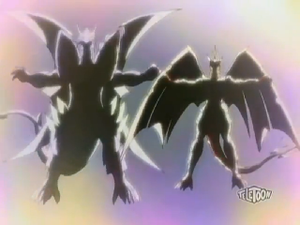 He first appeared in Genesis during Dragonoid Colossus' story about the beginnings of all Bakugan. 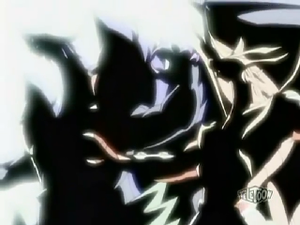 He appeared in End of the Line, talking to Dan, Drago, and Mechtavius Destroyer through Dragonoid Destroyer. He then congratulated Dan and Drago upon their win and wished them well in their future adventures.