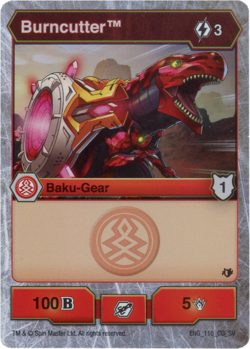 Burncutter, an example of a card that has one point of Armor Rating

Armor Rating, or Armor, is a Trading Card Game card mechanic that was added in Shields of Vestroia. It is exclusive to Baku-Gear Cards.

Armor reduces the amount of Damage taken during the Damage Step. Each point of Armor counts as a point of Damage negated.

For example, if a card has two

, or Armor, then it would count as three cards during the Damage Step: one for the card itself, and an additional two for the two Armor.