Sid Arkale (シド・アーカイル, Shido Akairu?) was a Pyrus brawler from Gundalia in Bakugan: Gundalian Invaders. He was partnered with Pyrus Rubanoid until he gave him to Ren Krawler and was part of the Gundalian Agents.

Sid was a hot blooded battler, always going into battle, and is arrogant as well. Despite this, he does had some sense of honor, as Sid allowed Dan to keep Drago due to the fact that this is two against one (Ren purposely lose the match). He was in good terms with the female brawlers from Ren's team, Lena and Zenet but at the same time didn't have a good relationship with Ren until his final battle and demise. He is proven to be very foolish, as he takes Neo Ziperator from Ren and used him in a battle against Dan, which costed the Gundalians the Element and the battle. He is also jealous of others, as seen when he takes Neo from Ren in order to get the Glory from Ren by giving him to Barodius.

He first appeared in Revelation with Lena Isis battling against Dan and Marucho. Although they managed to defeat Marucho they lose to Dan after shattering his ability. 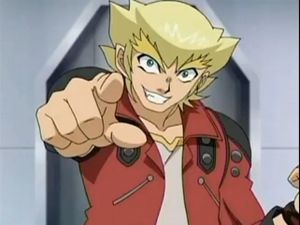 Sid in his human form

In Confrontation, after he failed to recruit new people for the Gundalians, he fought alongside Zenet Surrow against Dan and Ren to take Drago and beat them but he decided not to take Drago in the end since the battle ended up as a two on one. Gill later told him to leave the Bakugan Battle Brawlers to Ren.

He battles Marucho and Jake along with Casey in Hostile Takeover and loses.

In The Element, he stole Neo Ziperator from Ren, Ren tried to force him to return Neo Ziperator, but decided to battle Dan, he ended up losing Neo and the battle. After retreating, he and Rubanoid are disposed of by Emperor Barodius back on Gundalia. After Rubanoid is transported to Kazarina's lab for use as an experiment, Ren begs for Barodius to give him another chance, to which Sid responds, "Begging for your life, Ren. How weak and pathetic you are." and then Barodius drops Sid through a trap door. 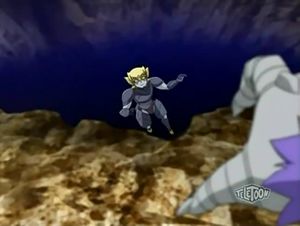 In Sid Returns, Sid, Lena, Jesse and Zenet were shown to not be dead but trapped in Kazarina's Lab, he and Rubanoid were the only ones to escape. He then battles alongside Ren and Linehalt against Dan and Drago. After losing, he is shot at by Dharak and would have fallen to his death if not saved by Ren. He then hands Rubanoid to Ren and releases his grip, falling to his death.

In Forgiveness, he was shown in a flashback.

Sid seemed to be a decent brawler, seeing as he has a relatively even mix of wins and losses.