The Element is the 12th episode of Bakugan: Gundalian Invaders. It aired on August 8, 2010.

Ever since Neo Ziperator was captured by the Jesse of the Twelve Orders, Neo has gone into "sealed mode", preventing the Gundalian forces from opening him. Kazarina explained to Ren that Neo Ziperator might be holding the Element. Sid then took Neo Ziperator from Ren planning to return it to Emperor Barodius and get the praise and reward instead of Ren. On the way, Sid runs into Dan and challenges him to battle. In the first round Sid throws Rubanoid much to everyone's surprise. After Rubanoid was defeated, Neo Ziperator came out of "sealed mode" and Sid used him against Drago in battle. As soon as Neo stood on the battlefield a big flash lit up the entire stadium, swallowing Helix Dragonoid. Neo then proceeds to give Drago the Element, in exchange for his own life. This makes Drago evolve into Lumino Dragonoid. Afterwards Neo appeared to Linus in a dream saying the he passed on the Element to a more worthy Bakugan.

Dan wins this round

(Then there the scene were Drago and Neo are talking and Neo passes The Element to Drago.) 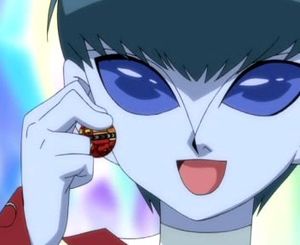 Difference between the Japanese and English dubs[edit]