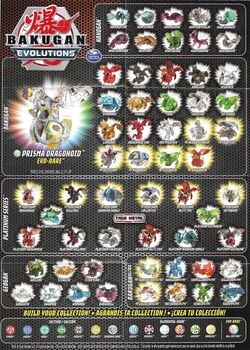 A collection sheet of Bakugan, Geogan, and Nanogan from Evolutions products.

This page is a listing for all known Bakugan: Evolutions releases, or waves/mix. This page includes all known products, including Single/Solo Packs. Some products may have a placeholder image due to lacking a high-quality image at the moment. 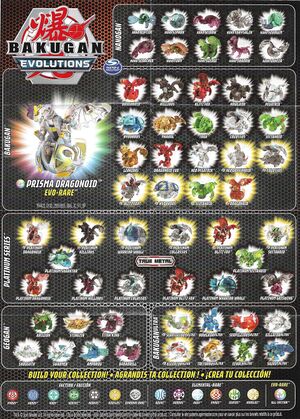 The EV checklist. This does not list Mythics and Cubbo molds
Note: Not all products are released simultaneously.

Mythic Series are non-Platinum single packs in Bakugan: Evolutions. Unlike other core solo packs, they don't have BakuCores included with them, only having Gate Card and Character Card included.