Darkus refers to elemental power of shadow and dark energy. Bakugan that belong to Darkus have a wide variety of shapes, from quadrapedal dragons to floating eyes and demons.

Darkus, Darkon (ダークオン, Dākuon?) in the Japanese version, is the Attribute of Darkness found on Bakugan.

Darkus Bakugan have a large variety of G-Powers and Ability Cards so there are many ways to use them. The strongest Bakugan of this Attribute is a Scaboid with 1300 Gs. The current Soldiers are Alpha Hydranoid, Knight Percival, Linehalt, Infinity Helios, Orbeum, and Skytruss.

Exedra was the Legendary Soldier of Darkus, until he gave his Attribute energy to Percival and then the Bakugan evolved to Knight Percival.

Darkus playstyle in Bakugan Dimensions was unique because its Gate Cards were stackable; so if you play one on top of another, the first one would not be dispelled. Most of these gates also boost the power of Darkus attacks. They could also drain stats and ignore defenses, but they also didn't have any fast attacks without having prerequisite stat advantages (i.e. winning in agility).

Their Fighting Styles were:

Darkus has a color scheme of a black body with purple trim, with mainly red, light blue, yellow and green as the third colors. Sometimes the colors may include gold and silver. 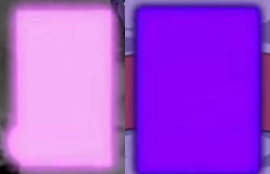 The Bakugan: Gundalian Invaders color scheme is still mainly black, but with sickly green highlights instead of purple, though purple remains a tertiary color.

Darkus (ダーカス, Dākasu?) is one of the six elemental Factions that Bakugan can belong to. It is the Faction of dark energy. The region on Vestroia where Darkus Bakugan reside is known as Darkavia.

For a list of all cards in the Darkus Faction, see Category:Darkus Cards.

For the list of all released Darkus Evolutions Bakugan, see Bakulog (Evolutions)#Darkus.

The root word for this attribute in both English and Japanese is the English word dark, which itself is derived from the Proto-Germanic word derkaz.

Notably, this is the only attribute whose name is derived from an English word.

This article is a stub. You can help The Bakugan Wiki by expanding it.
Retrieved from "https://bakugan.wiki/index.php?title=Darkus&oldid=819056"
Categories: