Aquos refers to the elemental power of water. Aquos Bakugan are typically themed around animals that exist in bodies of water, such as octopi, turtles, sharks and frogs. 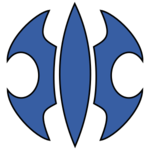 In the Bakugan Legacy serties, Aquos, Aqua (アクア, Akua?) in the Japanese version, is the Attribute of water found on Bakugan.

Its Legendary Soldier was Frosch before he gave his Attribute energy to Elfin.

Aquos Bakugan usually have average G-Power but use trickery to either boost them or dwindle their opponent to win. Many cards make the opponent feel safe and secure but then cards with powerful effects come up and shock the opponent like Preyas Switch, Aquos 1 and Aquos 2, Summon Wave, Marucho's Throw and Marucho's Launcher. With an Aquos strategy, you would want to roll a low power Bakugan on to an opponent's Gate Card or something to make the opponent think they have the upper hand before you bring down a big Ability Card to knock some sense into them and take out their Bakugan!

Aquos has the color scheme of blue with a cyan or light sea green trim and sometimes bronze for an accent color. Flip Aquos Bakugan are mainly light green, like Ventus Bakugan with blue accents instead of green.

In Gundalian Invaders, Aquos Bakugan color schemes are dark blue with a highlight of dark red and silverish-blue.

Both the English and the Japanese names are derived from the Latin word for water, aqua.

In the Bakugan Reboot, Aquos (アクオス, Akuosu?) is one of the six elemental Factions that Bakugan can belong to. It is the Faction of water. The region on Vestroia where Aquos Bakugan reside is known as Aquilia.

Aquos Bakugan in ball form are primarily blue in coloration, with light blue secondary highlights, their tertiary color is orange. In their significantly larger, monster forms, Bakugan of the Aquos Faction can contain areas of dark blue, as well as occasional white portions and black details under their armor that is almost universally shared with other Battle Planet Bakugan. Black is also represented as a quaternary color on Aquos Bakugan in sphere form beginning from the Geogan Rising set of products.

In Evolutions the color scheme of all factions were completely changed. Aquos Bakugan during this set of products were a brighter blue with with teal and orange as secondary highlights and yellow as an accent color.

The Aquos Faction symbol has been redesigned, and is printed on the top left of all Aquos Character Cards and left of the type box on all other Aquos Ability Cards, starting from the Armored Alliance card expansions onwards all Aquos Bakugan have the faction Symbol Printed on them as well, in addition to appearing as a watermark in the text box on cards. It appears to some to resemble the fins of a fish.

For a list of all cards in the Aquos Faction, see Category:Aquos Cards.

Their main Tag-Word Ability is "Flow" which the cards with it gets their bonus effects if it isn't the first card that the controller has played that turn.

For the list of all released Aquos Evolutions Bakugan, see Bakulog (Evolutions)#Aquos.

This article is a stub. You can help The Bakugan Wiki by expanding it.