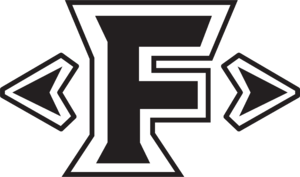 Fusion Bakugan are a Variant of Bakugan introduced in Bakugan: Armored Alliance. These Bakugan are two previously existed Bakugan "fused" together, giving them Dual Factions and a unique combination name.

Fusion Character Cards are double-sided, with one side containing the unFused Bakugan and the other with them Fused. At the start of the game, the Fusion starts with its unFused side facing up. Each Fusion card has a required for Fusion, normally an Energy requirement, and once that requirement is met the Fusion Bakugan can Fuse and flip over to its Fused side. Once Fused, the effect is permanent for the rest of the game, save for any cards that specifically reverse the effect.

Fusion Bakugan only provide Ability Cards of their starting, mono-Faction side. For example, the Pyrus Darkus Dragonoid x Tretorous card is only able to provide Pyrus-Factioned cards, as that is the Faction of its non-Fused side.

Certain BakuCores contain effects with Fusion symbols on them. These bonuses are only usable by Fused Fusion Bakugan.

Fusion Bakugan are still usable in the Toy Battling Game. They begin the face with the unFused side facing up, and if you are able to roll its figure onto a BakuCore that contains a

symbol, you flip the card over to its Fused side.