Ventus refers to elemental power of wind in Bakugan Battle Brawlers, and wind and earth in Battle Planet. Bakugan that belong to Ventus have a wide variety of shapes, including birds and dragons.

Ventus, Zephyros (ゼフィロス, Zefirosu?) in the Japanese version, is the Attribute of wind found on Vestroia and present within Bakugan. 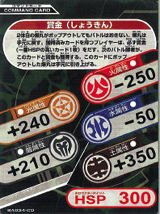 Ventus (ベンタス, Bentasu?) is one of the six elemental Factions that Bakugan can belong to. It is the Faction of Earth and Wind, although it could be better categorized as the Faction of Nature. The region on Vestroia where Ventus Bakugan reside is known as Ventana.

Among the Factions that have made a spiritual comeback from the original Bakugan Battle Brawlers, Ventus has received the largest amount of changes and has been completely revamped from its legacy counterpart. It effectively merged the traits of the initial Ventus and discontinued Subterra Attributes, and contains aspects of both earth and wind under one universal classification. Ventus is stylized as the Faction of growth, and the Bakugan belonging to it resonate the most with nature, exploiting abilities that allow them to assault their opponents with vicious quakes, gemstones, and turbulent gusts. As such, the variety of Bakugan within the faction now also contains terrestrial beings such as tyrannosaurids and minotaurs.

Reinforcing their newfound association with nature and plant life, Ventus Bakugan in their ball form are primarily a saturated, earthy green in coloration, comparable to verdant foliage. They have secondary lime highlights, and their tertiary color is yellow, although the lime portions are peculiarly less prominent in their monster forms. Some members of the Ventus Faction, particularly Maxotaur, have areas of brown incorporated into their design, and a few candidates such as Trox have forest camouflage patterns, further emphasizing their affinity for flora. Like most Bakugan introduced in the Bakugan Battle Planet reboot, a few Ventus Bakugan contain areas of white, and black details located under their armor. Black is also represented as a quaternary color on Ventus Bakugan in sphere form beginning from the Geogan Rising set of products.

In Evolutions the color scheme of all factions were completely changed. Ventus Bakugan during this set of products were a lime green with dark green and dark red as secondary highlights and yellow as an accent color.

The Ventus Faction symbol has been redesigned, and is printed on the top left of all Ventus Character Cards and left of the type box on all other Ventus Ability Cards, starting from the Armored Alliance card expansions on wards all Bakugan have the faction Symbol Printed on them as well, in addition to appearing as a watermark in the text box on cards. It appears as a leaf or insect like mask.

Ventus is utilized by one of the core members of the Awesome Brawlers in the Bakugan Battle Planet anime series: prank loving, tech-whiz Wynton Styles. There are several other characters who use the Faction as well, most of which are listed below:

For a list of all cards in the Ventus Faction, see Category:Ventus Cards.

In the rebooted Bakugan trading card game, the strategy of

Ventus primarily revolves around the acquisition of important resources, and their theme of rampant growth is represented through their ability to rapidly generate

Energy at a faster rate than any other Faction. This makes them slightly weaker on average early in the game before they can build their Energy reserves, but a strong end-game presence that can overwhelm opponents utilizing powerful abilities that other Factions wouldn't have access to until later. To further reinforce this advantage, Ventus' exclusive Tag-Word Ability is Turbo, which supplies Bakugan with bonuses if they have the most Energy Cards in play compared to all other opponents. Their combat keyword is

ShadowStrike, which prevents their

Damage Rating from being reduced. It shares this mechanic with

Darkus, though it is occasionally seen on

Pyrus Faction's skillset of temporary Energy generation and Energy Card destruction, Ventus specializes in permanent Energy creation. This trait is exhibited in several cards that allow Ventus Bakugan to energize extra cards, as well as recharging Energy that has already been used. Turn to Energy and Rabid Attack are both examples of these effects. This ability isn't restricted to utility purposes, as Ventus can also use their Energy affinity to force their opponent to energize useful cards, effectively eliminating them. Ventus also sports more abilities capable of reducing their opponent's stats than any other Faction, and often prefers to weaken their enemies rather than enhancing their own strengths. Ironically, this makes their own combat keyword, ShadowStrike, a direct counter to common strategies employed by Ventus. Ventus players also need to be wary of Pyrus Bakugan, as they can destroy their Energy Cards before they can accumulate an abundance of them.

Since the introduction of

Baku-Gear in Armored Alliance, Ventus has become the primary Faction of Baku-Gear destruction and has the most cards capable of removing them, such as Entropic Touch. Other strategies abused by the Ventus Faction include forcing the enemy to reroll, receiving positive benefits when an opponent plays a Flip Card, and having both players look at the top card of their deck and getting boosts if theirs costs more Energy. Ventuvision is an example of the latter effect.

Ventus is primarily paired with

Haos on Dual Faction Cards and Faction exclusive BakuCore bonuses; conversely, Ventus Flip Cards usually defend against damage from Pyrus and Darkus. These paired Factions share exclusive Tag-Word Abilities: Boost for Ventus and Aquos, and Trifecta for Ventus and Haos. Boost provides bonuses if the player has seven or more Energy Cards in play, whereas Trifecta grants additional effects if there are three or more BakuCores attached to the player's Bakugan.

As of the Secrets of the Geogan card expansion, Ventus is also paired with

Darkus, with two new keywords to coincide with them: Stoke for Ventus and Pyrus, and Scrounge for Ventus and Darkus. Stoke allows the player to copy a Stoke ability's effect for the cost of two Energy, whereas Scrounge allow the player to look at the top card of their deck. If the aforementioned card meets a listed requirement, they receive bonuses.

For the list of all released Ventus Evolutions Bakugan, see Bakulog (Evolutions)#Ventus.

Like its Legacy predecessor, Ventus is entirely derived from ventus, which is Latin for "wind" or "a wind". This can be slightly misleading, as more often than not Ventus Bakugan possess earthen undertones and aren't always associated with wind. Its Japanese name, Bentasu, is a direct translation of the same word.