BakuMetalix is a series of minor Special Treatment Bakugan released under the Gundalian Invaders series. They can evolve into Ramdol. 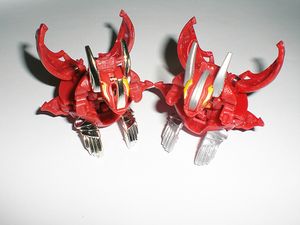 Initially, these Bakugan have some chrome-plated details such as in the horns or feet but in later waves, they were released with dry-brushed metallic paint making them appear dusty-metallic instead.