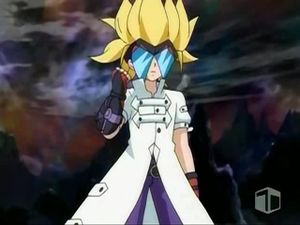 Masquerade arriving in the Doom Dimension

The Doom Dimension, Death Dimension (デス次元, Desu Jigen?) in the Japanese version, is an alternate dimension from the real world and New Vestroia. All the Bakugan are afraid to be sent to this dimension. It is known that no Bakugan or humans has ever returned from there until the Brawlers and their Bakugan were released from here by the Legendary Soldiers.

In the Bakugan Video Game, Leonidas and Vladitor are born from the Doom Dimension and released into the human world. Later they both battle and after the battle they both go back to the Doom Dimension, where Battle Ax Vladitor gives Omega Leonidas his remaining energy so he can go back to the human world with his partner (the player) but somehow Marduk (the player's rival) still has Battle Ax Vladitor.

The Doom Dimension is barren and inhospitable to almost all life. The sky is constantly raining down thunder and lightning making it impossible to survive for a long period of time. The Legendary Soldiers bypass these problems by changing the land with their powers. The land is also littered with millions of Bakugan that died and have been fossilized leaving only their stone bodies.

Bakugan in the Doom Dimension[edit] 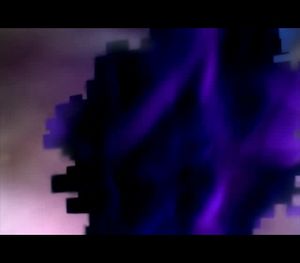 A Gate to the Doom Dimension in Bakugan Battle Brawlers

Note: The Six Legendary Soldiers of Vestroia were not imprisoned in the Doom Dimension. They could go around to other parts of Vestroia and most likely just resided there.

Note: The Nonets were imprisoned before the events of Mechtanium Surge. They were imprisoned in the darkest depths of the doom dimension by Drago's ancestor the Original Dragonoid for their actions.