Baku-Eggs are egg like containers packaged similar to that of a Booster Pack. The were only released in European countries. 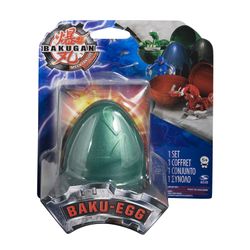 A Bakugan Baku-Egg comes with one Bakugan, one Ability Card, and one Gate Card.