The Bakugan Sneak Peek 2019 has started, and we're here to show what was revealed at the event. The second season of the Bakugan reboot, Bakugan: Armored Alliance finally has been revealed.

This page will be updated as the event goes on. 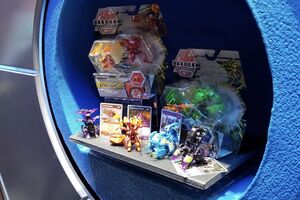 Baku-Gear is here, it's the BakuNano/Battle Gear of this reboot. Baku-Gear come in two forms. There is a magnetic BakuCore that attaches to Bakugan Ultra, and a BakuCore with pegs that can attach to Core and Bakugan Ultra Bakugan.

Baku-Gear always comes with cards that you can put in your 40 card deck. Baku-Gear is a new Type of Card in the game and they cost energy and give

boosts alongside other effects. Some BakuCores can lower the energy cost to use them.

Baku-Gear Cards can be pulled from Booster Packs, which means they are technically backward compatible with the old Bakugan Battle Planet Bakugan.

According to RAGINxXxCAJUN: "You play BakuGear like tool cards, you may only have one on a Bakugan at once ( remember the cards and the toys have nothing to do with one another from a competitive standpoint, you can discard an existing gear to play another in its place". 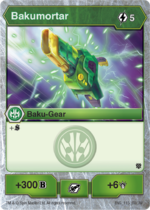 New collection sheet with a lot of new Bakugan

The main partner Bakugan of The Awesome Ones are back with new designs, Nillious too. They are still called the same names, this will be confusing. So we have separate pages for them now (Nillious (Battle Planet) and Nillious (Armored Alliance)). We will work on adding pages for the new Bakugan as soon as possible, hopefully we can get higher quality images of them in a few days. For now, check out this nice checklist. 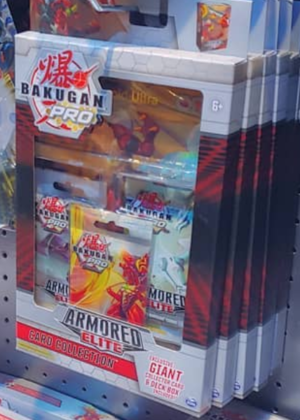 New cards were shown, there's too many! Be sure to check out Armored Elite for a list of Cards, it will be updated as the event goes on. Eventually we hope to provide high quality scans of the cards when it is released. There's an Armored Elite Starter Set too.

Card Collections are also back, this time they include Deck Boxes to store your cards.