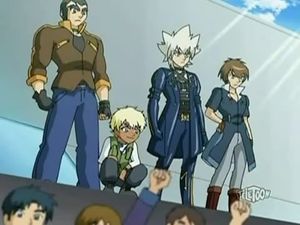 After Anubias was revealed as one of Mag Mel's servants, Team Anubias officially disbanded, even though Ben, Robin, Noah and Jack are still a team.